RRFDC would like to hear from you. If you have an event, announcement or story that you would like to share on our blog, please contact the office at 807-274-3276 or send an email to info@rrfdc.on.ca

RRFDC has Annual Meeting in Emo...

On Tuesday, June 12, 2012 at 7 pm, the RRFDC held its Annual General Meeting at the Emo Legion.  Approximately 25 people attended this meeting, and Chairman George Emes welcomed everyone to the meeting and introduced the current Board of Directors, Committee Members, Staff and FedNor representative.

Pam Bryson, Community Economic Development Office for FedNor then said a few words about the RRFDC and all the hard work that they had achieved over the past few years.

George also gave special thanks to Freeda Carmody and Tara Rajala, who will not be returning this year, to the Board.  A gift of appreciation were given to both for their years of service with the Board.

Jeff Busniuk of Viherjoki, Busniuk and Kelly, the corporation’s auditor, presented a brief review of RRFDC’s Audited Financial Statements to the membership.

A report of the Nominating Committee was given, with seven names being brought forward as candidates for three, 3-year terms on the Board of Directors.  Of those seven names, the membership elected the following candidates: Jim Belluz, Deb Cornell, and George Emes.

The business part of the meeting was then followed by an “Overview of Activities” presentation by Geoff Gillon, the corporation’s Economic Developer.

The RRFDC wishes to thank all those who attended this year’s meeting.

Thank You from the 908 Rainy Lake Squadron

908 Rainy Lake Air Cadet Squadron wishes to thank all those who supported them at the 13th Annual Flyin BBQ on Sunday, June 3 at the Fort Frances Airport.

Special Thanks to: (we regret any omissions)


"Thanks to everyone who supported us today!!!"

Our new year begins September 2012. Must be 12 years of age.
We meet every Wednesday evening at the Memorial Sports Centre at 6:45 p.m.


Winners of the draw were:
Roger Gerhard and Sylvia Dokuchie
Posted by RRFDC Admin at 9:57 am

The 1st Annual Boundary Waters Dragon Boat Festival will be held at the Sorting Gap Marina in Fort Frances on Sunday, July 1st from 10:30 a.m. until 4:30 p.m.

For more information or how to register for this event, visit http://www.bwdbf.ca/
Posted by RRFDC Admin at 9:55 am 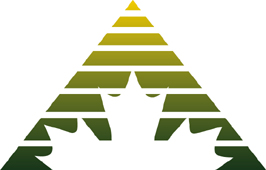 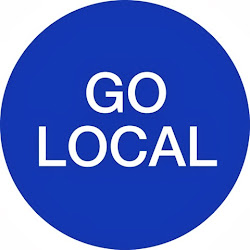 RRFDC Admin
Rainy River District, Ontario, Canada
The Rainy River Future Development Corporation is a membership-driven, non-profit, community-based corporation. We are governed by a Board of Directors who are elected each year from our membership. The Rainy River Future Development Corporation is supported by FedNor and Industry Canada under the Community Futures Program and the Municipalities of Alberton, Chapple, Emo, Fort Frances, La Vallee, Lake of the Woods and Rainy River.